April has arisen and everyone seems to be demanding spring, myself included, but Mother Nature will arrive in her own time and not a moment sooner. Mother Nature’s arrival reminds me of the story of the Goddess Parvati who came to me while I was on my recent trip to India!

During my trip there was a female Sivananda Swami from Lithuania also participating in the Panchakarma program and I felt blessed to spend time talking with her. 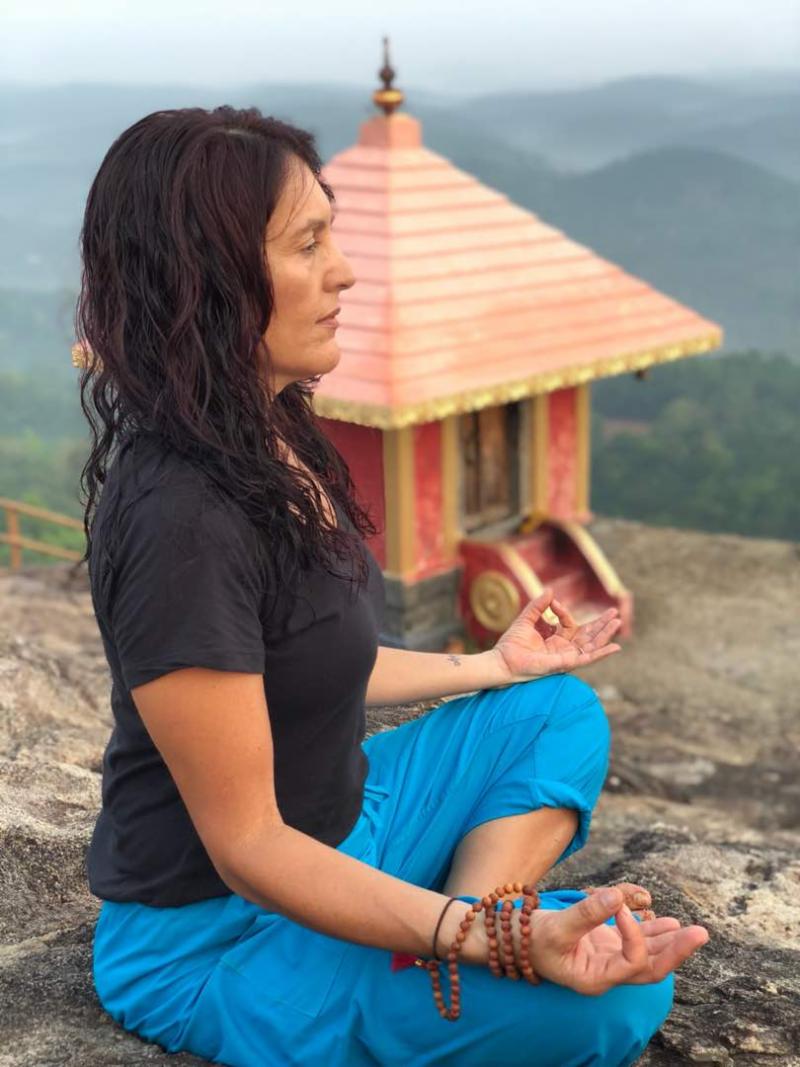 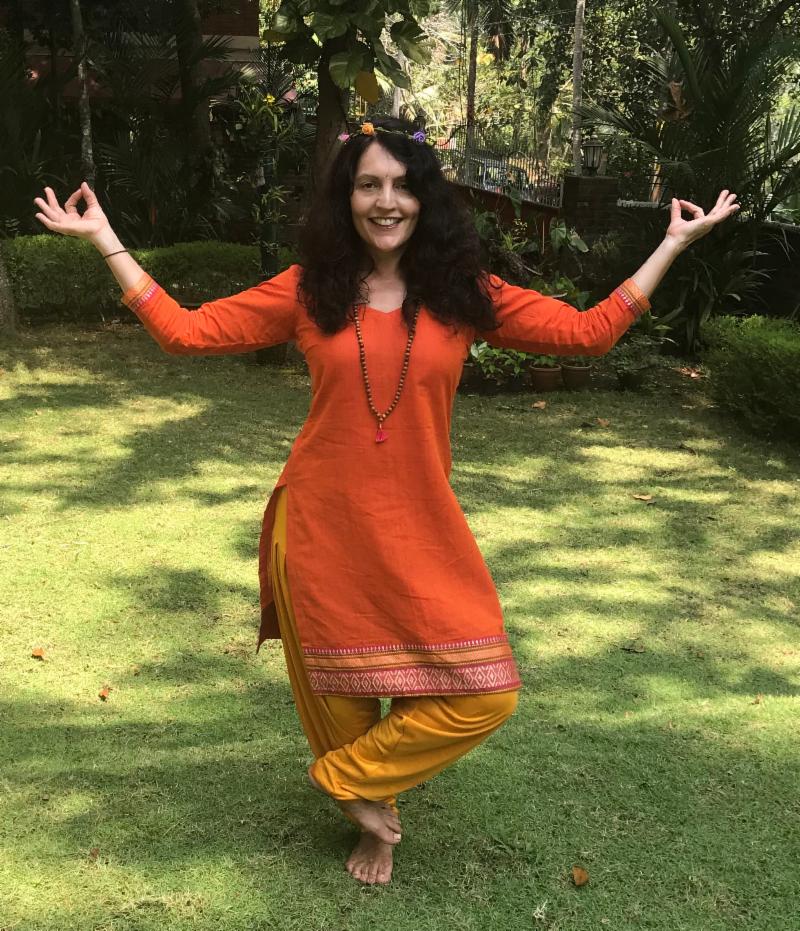 Parvati is Lord Shiva’s second wife. Prior to their marriage, Shiva who is the destroyer god, was distraught over the death of his first wife and went into a cave to meditate for cosmic centuries. Brahma the male creator god, realized that Shiva was not doing his job of destroying. In the cosmic dance of life, there is always the creator, the destroyer and the preserver. Without the destroyer, new life was abandoned and demons were beginning to take over.

Brahma realized that Shiva needed a desire in order to come out of the cave and to lure him out the only answer was to enlist the help of the Shakti, the Divine Feminine. Parvati became the embodiment of the Divine Feminine Energy of the universe.

Brahma goes to a mountaintop and for THIRTY THOUSAND YEARS, he sings her praises to all four corners of the universe, the east, south, west and north. Finally, the goddess appears sitting on her lion and smiling with the full force of cosmic allurement. She says, “Make your wish known. the very fact that I am here guarantees its fulfillment.”

Brahma explains the necessity of Shiva’s need for a wife. The Goddess tells Brahma that she will take the form as a human woman, Parvati.

Mythologist, Heinrich Zimmer, in his story, “The Romance of the Goddess” has the Goddess replying as, “Just as I trap the new born babe into life, so shall I draw the God of gods. As all the children of earth are allured by the charm of the beautiful feminine, so shall it be with him. For when in his meditation he splits the inmost kernel of the heart, there he shall find me melted into it, for I am his bliss. Bewitched, he will draw me to himself.” And that is exactly what she did.

Eventually Shiva came out of that cave allured by Parvati. On the night of their wedding and union, Shiva taught Parvati 84 asanas and she became the mother of yoga.

Women, are that powerful. Always remember that! Brahma, the main god knew that a woman was needed and as god, himself, he prayed for 30 thousand years for the goddess to appear.

So, now I have my spiritual name, Parvati -Victoria-Goodwin! Since Parvati has the moon over her head, dances and is known for magic, I’m loving my spiritual yogini name and I feel blessed and honored. 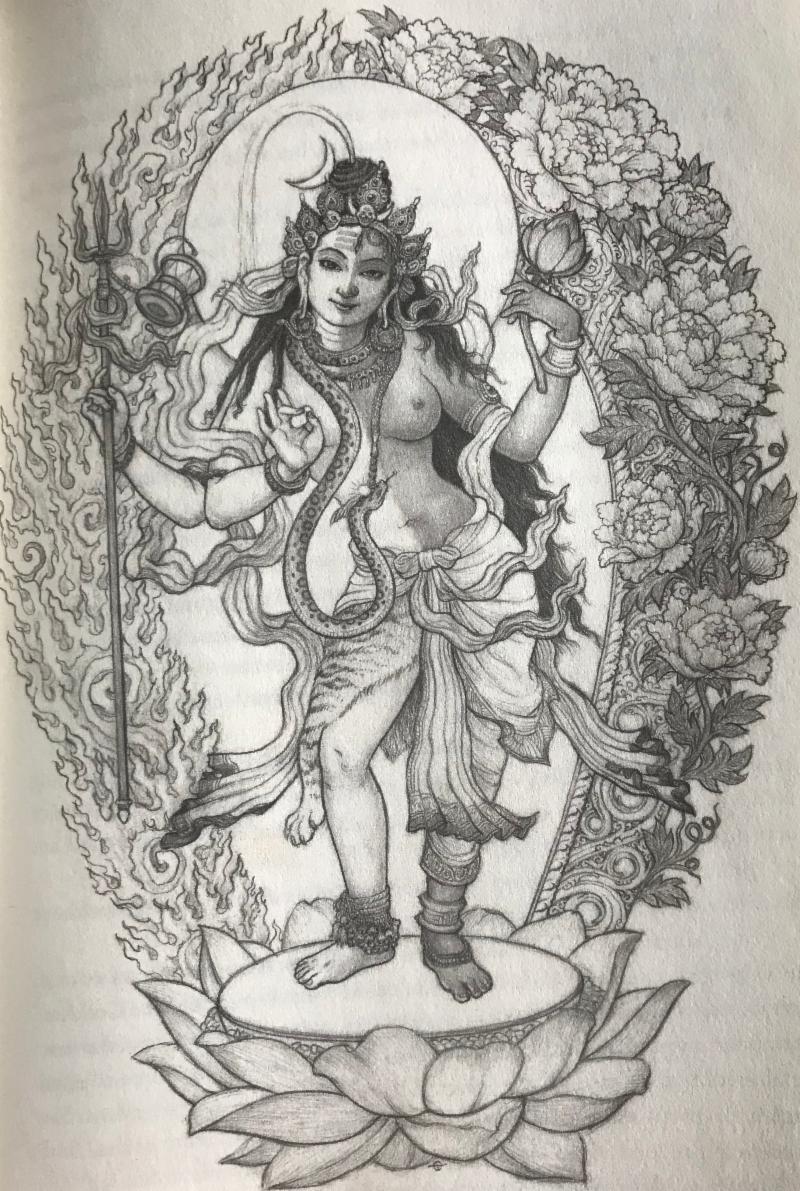 Instead of demanding spring to be here, maybe we need to spend time petitioning the Goddess, Mother Nature from all four corners of the universe, like Brahma did for thirty thousand years singing for Parvati to come and bless us with her bountiful gifts of life, spring, green, warmth and lots of sun. And even though we are anxious, it’s always best to let the goddess come on her own terms.

This was my fifth trip to India in five years! This time away was for my own personal yoga retreat as well as to plan Blissful Yoga’s Retreat to India for February 2019. For the first sixteen years of my adult life, I was a travel agent. So, now blending travel with yoga comes quite natural to me and I love envisioning yogis enjoying life-changing trips. A yoga retreat to India will certainly bring about major transformation and healing if one is ready.

I began thinking that the retreat for 2019 would look one way, and then realized that, as usual, Mother India was doing all of the planning and I was blessed to be going along for the ride.

Each time I travel to India, I take time to stay in the Sivananda Ashram in Kerala practicing lots of yoga and also participating in their Ayurvedic Panchakarma program.

Ayurveda a Sanskrit word meaning “Science of Life”, is a holistic system of medicine that has been practiced in India for more than 5000 years. Ayurvedic Medicine is the sister-science to yoga.

Panchakarma is the cornerstone purification and rejuvinating therapeutic regimen in Ayurveda for thousands of years. Panchakarma is one of the best procedures for longevity and mainteance of health. It is a preventitive and curative treatment to detoxify and cleans the body and mind.

Panchakarma, helps me in managing chronic pain and anxiety/depression. The first time that I did the Panchakarma program, five years ago, I was able to safely stop taking an anti-depressant which I had been on for 13 years. For me, I return almost yearly for Panchakarma because I feel it’s like a “tune up” for my health. People usually come to Ayurvedic Medicine after a major health issue and after not finding the complete results they are looking for in traditional western medicine. 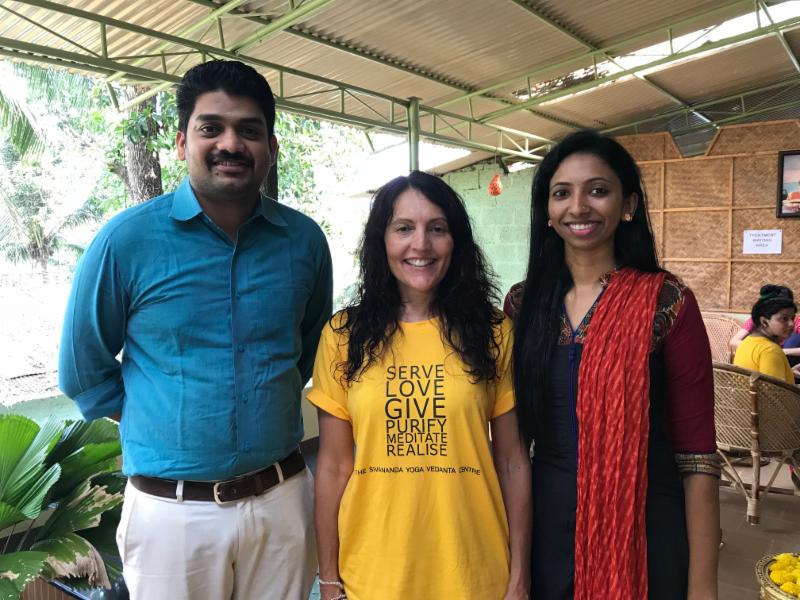 Now, Blissful Yoga’s retreat to India for February 2019 will be an Ayurvedic Yoga Retreat including time at the beach on the Arabian Sea, nine nights in the Sivananda Ashram, Neyyar Dam for Panchkarma, and ending our retreat in deluxe accommodations while we visit the

Taj Mahal on a Full Moon!

our focus is on embodying with your true self, just as Parvati embodied the Goddess.

Sankalpa: (Sanskrit: संकल्प) means to connect with the highest truth; from the heart. It’s an oath a vow.

“Within my grasp is a treasured life!”

Take a firm hold and UNITE with your true self through the practice of YOGA. 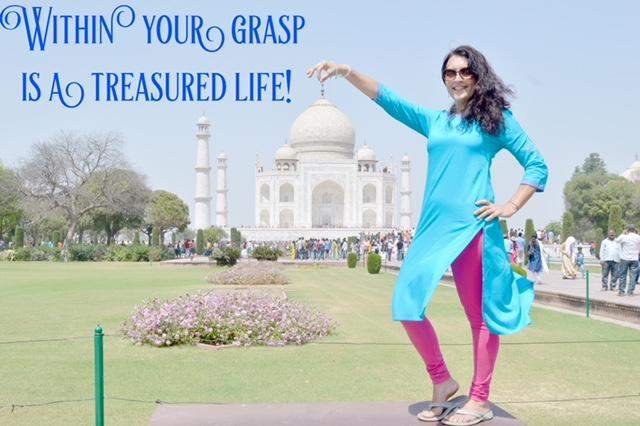