When my kids were little I would pick them up from school on April 1st and tell them that they each had a dentist appointment that day. They would complain and I would drive away pretending we were going to the dentist and instead take them to an icecream parlor.

I remember how happy they were when I said,”April Fools, we are having icecream instead!”

This past Friday, I spoke at Rowan University’s Yoga and Mindfulness Symposium as their keynote speaker. 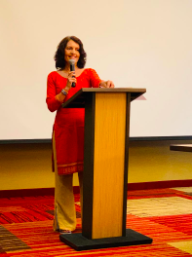 I was truly honored to speak in front of this group of mindful educators. However, prior to the speech, I facilitated between confidence and a ball of nerves. There were times I wished someone would say to me, “April Fools”, you don’t have to speak. Preparing for this was tough, fun and exhilarating at the same time. Public speaking is something that most of us dread.

However, I have a tribe and I called on that tribe for assistance. One of our students, Juliana, at Blissful Yoga writes for a living, so I reached out and she was more than happy to review my speech.

In addition, I reached out for advise to two of Blissful Yoga’s amazing teachers who are also are teachers in the educational school system, Mary Procacci and Marvin Clark. And, I also checked in with a friend of mine who is a yoga teacher and a school teacher.

It’s good to remember that we have a tribe and assistance is always available. Usually, we need only to get the courage just to ask.

were just about to move forward with enrolling him, when we mentioned to the owner that I was available to teach yoga at her preschool.

The owner replied, “Oh no, we do not do “that stuff” here, as if we were evil.” We left that place quickly and luckily fell in love with the next school we visited!

Needless to say, that experience shocked me.

According to the World Health Organization the state of health is defined as a state of complete physical, mental, social and

spiritual well-being and not merely an absence of disease. If the World Health Organization is stating that spiritual well being is necessary for a state of health, then it’s time our school system acknowledges the same.

can assist in the uplifting of their students and their overall classroom experience.

So, I asked the teachers at the symposium to put aside their practical outlook and listen with an open ear and an open heart to the philosophical teachings of yoga. I promised them practical tools that they could use to bring your students to a state of balance and equanimity within just a couple minutes.

But, the philosophies of yoga need to begin to be integrated inside of them first in order for them to be able to effectively do this. It’s an energetic transmission. If we are full of inner luminosity and a sense of calm, we more easily spread calm. If we are chaotic, we easily spread chaotic behavior in others.

We were planting the seeds of yoga inside of us. 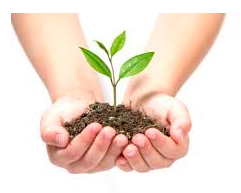 At this time in our world with kids facing issues of violence, abuse, bullying, harassment and poverty, we have an unprecedented opportunity for a transformative conversation about the state of our children and trauma in a way that we have never had before.

The need for the powerful balance and healing of yoga has never been greater.

The system of yoga is an ancient tradition having its origin in India. The practice of Yoga is believed to have started at the very dawn of civilization. The development of Yoga can be traced back to over 5000 years ago but some researchers think that Yoga may have existed even 10000 years ago.

The Sanskrit word Yoga means yoke: a yoke is a wooden crosspiece that is fastened over the necks of two animals and attached to the plow that they are to pull. 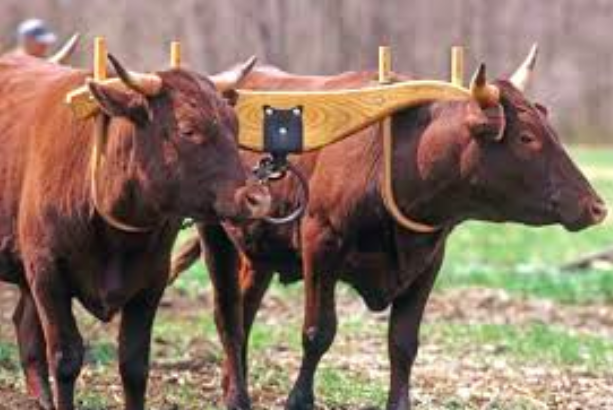 In living the ancient tradition of yoga, to yoke is to join or link together two parts of ourselves, the Individual Self with the Supreme Self, the Self that is aligned with Divinity or Oneness. When we bring these parts together, luminosity occurs.

In other words the “apparent woman or man” identified with this physical body, mind and senses with the “real person” who is free from worldly limitations.

Yoga helps us realize our identity with that Ultimate Reality, Oneness and the luminous gem that provides innate healing and wisdom which is located within us. 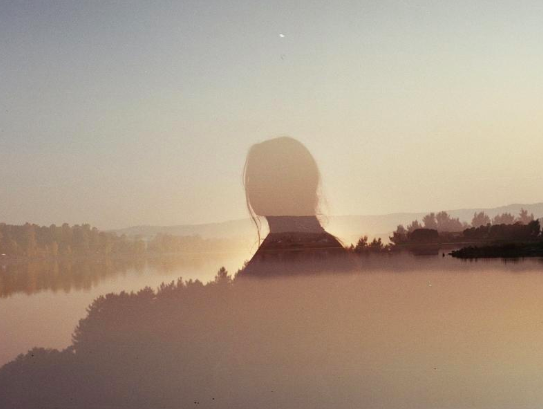 Is this work of teaching yoga easy? Is the work of integrating yoga as a way of life easy? No, I’m not saying that. There are practical yoga techniques for life, but it is not always easy.

In the beginning of my work as a yoga instructor, I spent a lot of years teaching to kids of all ages. One time, I had a series for 3 to 5 year old boys with autism. There was a small group of boys and after the first class, I left crying. I thought my tools didn’t work, what am I going to do for the next few weeks with these boys?

I came back the next week and we did yoga again. After that first week, these beautiful children, came back happily for more yoga. By the end of the series, they were calm, there was a huge equanimity inside of them and it was palpable. Their parents were in awe and and so was I.

The teachings of yoga remind me of a quote from an enlightened female yogi, who has passed away but during my recent trip to India, I was called to spend some time in two communities that she helped to develop. She is called,The Mother of Sri Aurobindo.

“The personal effort required is a triple labor of 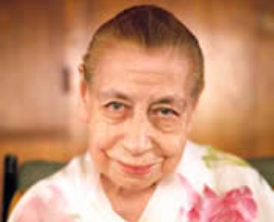 My wish for each of you is that by applying the ancient philosophies of yoga into your lives, you then in turn assist with the uplifting of energy of all, just by being in the spirit of yoga, or yoking with oneness of all.

This happens through our natural transmission of energy.

Thank you for being a link in this new way of being. 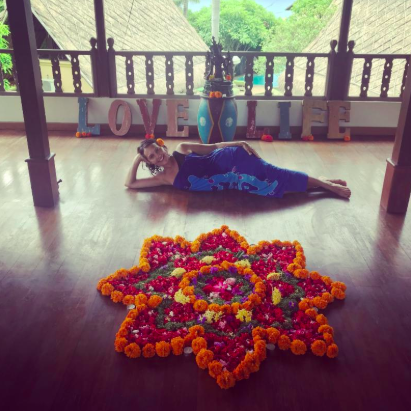